You are here: Home page > My books > Atoms Under the Floorboards

Atoms Under the Floorboards is now in paperback! 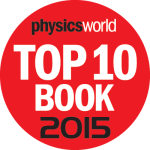 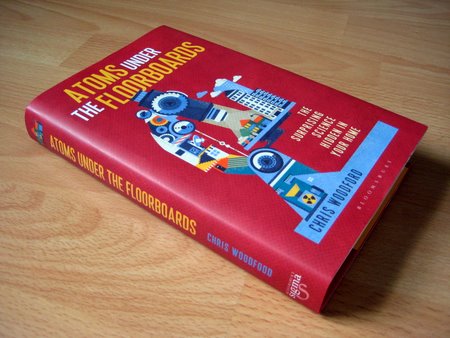 If you like what you've read on Explain that Stuff, you're going to love my new book, Atoms under the Floorboards: The Surprising Science Hidden in Your Home, which is published worldwide by Bloomsbury (the guys who gave us Harry Potter).

From the bookshelf that's always dusty to the shiny shoes on your feet, I take you on a whistle-stop tour of your home, revealing fascinating science secrets like...

Just like Explain that Stuff, it's an easy read for non-scientists—adults and teenagers—and there's little or no math.

So what's inside this book?

Atoms Under the Floorboards is about 300 pages long, has 60 black-and-white artworks to liven things up a bit, and there's a short section of notes and further reading at the end to help you dig deeper into the bits that interest you. 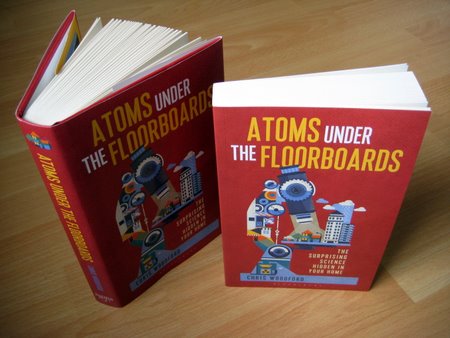 There are 18 chapters—and here's a taster of the kinds of things they cover:

What do reviewers say?

Atoms Under the Floorboards won The American Institute of Physics Science Writing Awards for Books 2016 and was named one of Physics World's Top 10 Physics Books of 2015!

“Chris Woodford's book stands out, both for its clarity and for the unusual phenomena he explains... Each short chapter contains gems of lucid, accessible science writing... Atoms Under the Floorboards is so well written that one can happily read it from cover to cover... both enjoyable and informative.”

"Atoms" is available worldwide in hardback, paperback, and as an ebook. Here's a selection of places where you can find it right now: 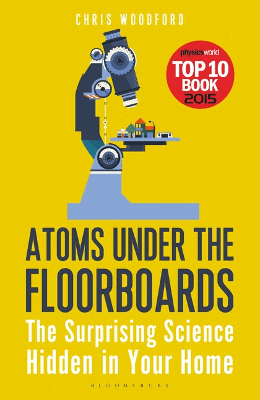